Fulfilling a promise made during an April visit to the Ely Stage Stop and Country Museum, Congressman Mike Thompson returned to the museum on October 15 to present a United Sates flag that was flown over the Capitol Building in Washington, D.C.

As the pictures show, Thompson feels at home at the Ely Stage Stop and fully supports the museum’s efforts to preserve a special part of Lake County’s history, providing a show place for life in the early times of the county. It was an honor to have him in attendance as the flag was raised for the first time at the museum.

The Congressman was impressed with our acquisition of the stage coach now on display at the museum and with the progress being made on the barn raising. Over the weekends since August 18, volunteers have met at the museum site to begin the first display barn. The 2000-square-foot barn will house many of the Lake County Historical Society’s artifacts. 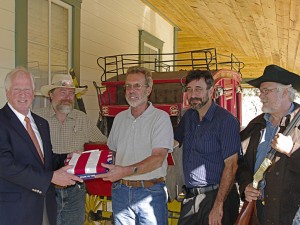 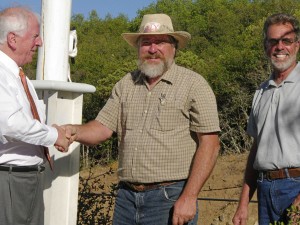 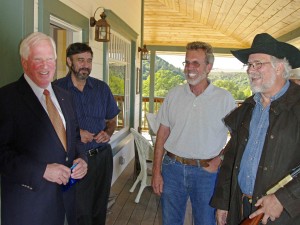