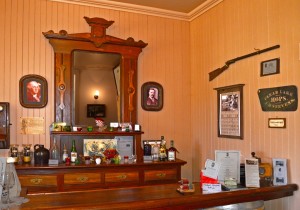 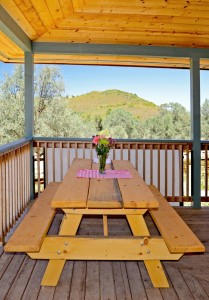 QUICK! It’s time for the 2013 Ely Quick Draw. This is your chance to win a fabulous wood picnic table and bench set for your outdoor entertaining needs. Beyond-sturdy two inch thick solid wood was used so it will last a very long time. The set was made right here in Lake County, USA, by the Konocti Conservation Camp CC#27. Known for their fire suppression support and community service projects, the camp has donated this great piece for a raffle to raise funds for a set of tables that will greatly enhance Ely’s event space for future festivities.

The 2013 Quick Draw ticket sales started July 6th. The autumn drawing date will be announced at a future time. So buy early and buy often. Tickets are $5 each or 5 for $20. Purchase tickets from our docents during museum hours, 11 a.m. to 3 p.m. every Saturday & Sunday or from any of our volunteers anywhere/anytime you may run into them. Watch for us at many public events.

Operated by the Lake County Historical Society, the Ely Stage Stop and Country Museum is located at 9921 Soda Bay Road in Kelseyville. Visit our websites at elystagestop.com or lakecountyhistory.org, as well as www.facebook/elystagestop.

Attendees of the June 22nd Ely Stage Stop and Country Museum’s first annual Picnic on the Porch had a wonderful time. Greeted by old time music performed by Uncorked (Don Coffin, Andy Skelton, Eleanor Clark, and Dan Harris), everybody got in the mood quickly. There was toe-tapping, hand-clapping and even some dancing in the parking lot.

Barbara White modeled a typical traveling woman’s outfit she would have worn riding the stage line. Other period clothing was on display inside the house as well as on the porch.

Old fashioned aprons and teapot collections were on display compliments of several Lake County Historical Society members who are local historians. Select pieces of their collections were loaned for the day’s event. Both displays were very impressive, taking guests back to another time. 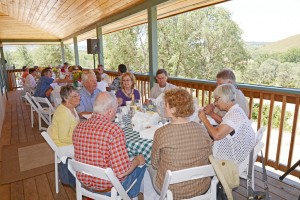 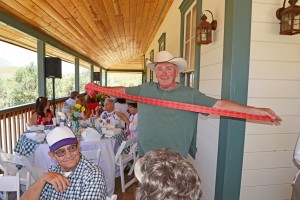 After lunch seven themed baskets were raffled off. District 5 Supervisor Rob Brown helped to encourage raffle ticket purchases in the final minutes with his own version of the “stretch”. Silent auction items continued to collect bids during the lunch and raffle.
Winners were announced as each item closed.

Guests were encouraged to self-tour the new barn where several agricultural pieces were displayed. Items in the barn and on the grounds had been smartly labeled to help with their identification.

Seating for Ely Stage Stop events is always limited so remember to get a ticket early when the next event is announced. It would be a shame to miss it!

Be sure to visit the Lake County Historical Society’s and the County of Lake’s newest museum. The museum address is 9921 Soda Bay Road (Hwy 281) in Kelseyville (near Clearlake Riviera). Current hours of operation are 11:00 AM to 03:00 PM each Saturday and Sunday. Visit our websites at elystagestop.com or lakecountyhistory.org or visit us  at www.facebook\elystagestop.